Each year, we assemble an agent, a publisher and an editor to discuss the process of bringing a book into the world.

Jason Rekulak has worked for St. Martin’s Press, Quality Paperback Book Club, and (for the last 17 years and counting) Quirk Books, where he currently serves as Publisher. In addition to acquiring and editing his own list of titles, Jason oversees the editorial and design departments. Jason has acquired and edited many New York Times bestsellers for Quirk, including the YA fantasy Miss Peregrine’s Home for Peculiar Children by Ransom Riggs, the beloved mash-up novel Pride and Prejudice and Zombies by Jane Austen and Seth Grahame-Smith, and the Edgar Award-winning The Last Policeman trilogy by Ben H. Winters. He also ghost-writes the middle-grade series Tales from Lovecraft Middle School under the pen name Charles Gilman, and is the author of a novel for adults, The Impossible Fortress. He lives in Philadelphia with his wife and two children. 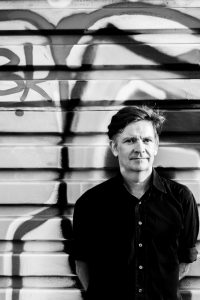 Rob Spillman is editor of Tin House magazine and the recipient of the 2015 PEN Nora Magid Award for Editing. He has written for the New York Times Book Review, Guernica, Rolling Stone, Spin, Sports Illustrated, SPY, Vanity Fair, and Vogue, among other magazines, newspapers, and online magazines. He is the author of the memoir All Tomorrow’s Parties (Grove, 2016) and is currently a lecturer at Columbia University. 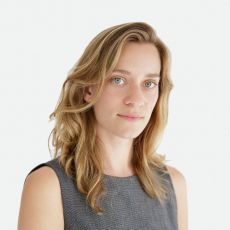 Alexa Stark joined Trident in 2012 to work with Ellen Levine and her illustrious authors. She was soon promoted to First Serial Associate and sold stories, essays, and book excerpts to The New Yorker, Harper’s, Paris Review, The Atlantic, Tin House, N+1, and The New York Times, among others. Alexa is now actively growing her own client list and represents a range of literary and upmarket fiction as well as nonfiction. In fiction, she is particularly drawn to literary debuts with a unique voice and perspective, character-driven suspense and thrillers, stories about dysfunctional friendships and families, fiction that delves into the surreal, and select YA.  Above all, she’s looking for assured prose, captivating storytelling, and characters that come alive. In nonfiction, she is drawn to narrative nonfiction, cultural criticism, voice-driven essay collections, popular science, psychology, and women’s issues. Raised in New York City, Alexa earned her B.A. in Comparative Literature and Society at Columbia University. Before coming to Trident, she worked at PEN American Center and at Curtis Brown. She lives in Brooklyn.