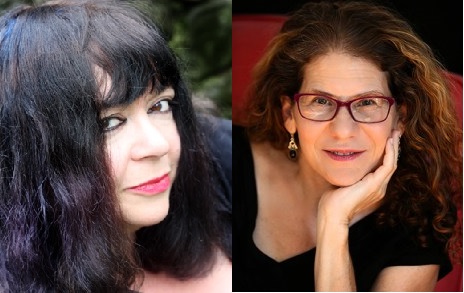 Diane Seuss’s most recent collection, Four-Legged Girl, published in 2015 by Graywolf Press, was a finalist for the Pulitzer Prize. Wolf Lake, White Gown Blown Open won the Juniper Prize and was published by the University of Massachusetts Press in 2010. Her poetry has been published in a broad range of literary magazines, including American Poetry Review, Poetry, The Iowa Review, New England Review, and The New Yorker. Seuss’s fourth collection, Still Life with Two Dead Peacocks and a Girl, is forthcoming from Graywolf Press in 2018.

Eileen Pollack is the author, most recently, of the novel A Perfect Life, published by Ecco/HarperCollins in 2016. Her other novels include Paradise, New York, and Breaking and Entering, which was awarded the 2012 Grub Street National Book Prize and named a New York Times Editor’s Choice selection. She is the author of two collections of short fiction, The Rabbi in the Attic and In the Mouth, which won the Edward Lewis Wallant Award. Eileen’s work of creative nonfiction Woman Walking Ahead is soon to be a movie starring Jessica Chastain. Her investigative memoir The Only Woman in the Room: Why Science Is Still a Boys’ Club was published in 2015 by Beacon Press. A new novel, The Bible of Dirty Jokes, is due out in 2018. Eileen has received fellowships from the NEA, the Michener Foundation, the Rona Jaffe Foundation, and the Massachusetts Arts Council. Her novella “The Bris” was chosen by Stephen King to appear in the Best American Short Stories 2007; other stories have been awarded two Pushcart Prizes and prizes for best fiction of the year from Ploughshares, Literary Review, and MQR. Her essay “Pigeons” was selected by Cheryl Strayed for the 2013 edition of Best American Essays. She divides her time between Manhattan and Ann Arbor, where she is a professor on the faculty of the Helen Zell MFA Program in Creative Writing at the University of Michigan.